Is was neccessary to develop and launch promo site for user registration taking part in advertising game of FLLS ""Gazpromneft-Belnefteproduct"" compony.

The site is developed on tha basis of framwork Simfony with automatic code loding, which are given to each user by their loyalty card numbers.

Also we developed own email system with the possebility to track the status of sending and re-sending letters.

Each second code assigned to the user is credited with a number that participates in the MAIN PRIZE draw - A trip for two to the Grand Prix race in Sochiи.

The project was completed in the corporate colors of the Gdrive fuel brand. The site is developed responsive for all devices." 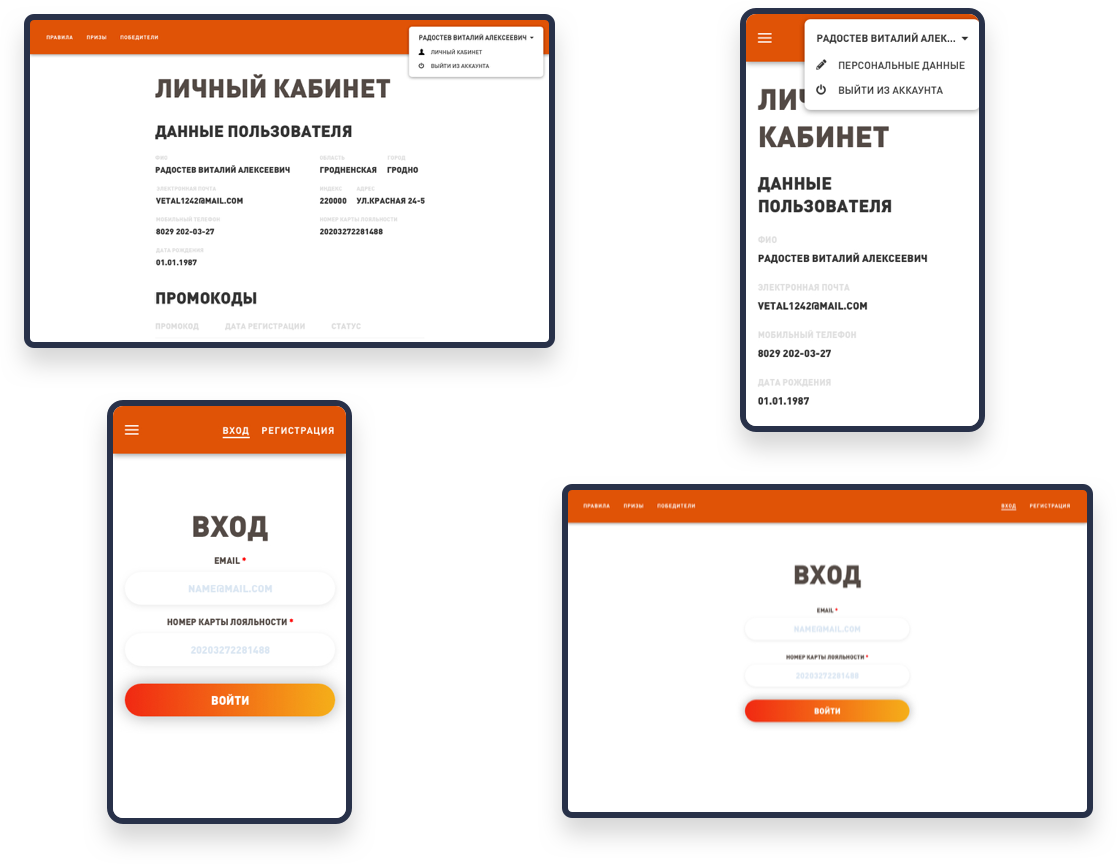